Fierce Ford Friday: Ron Guion answers the call of the road with his 2008 Shelby GT500 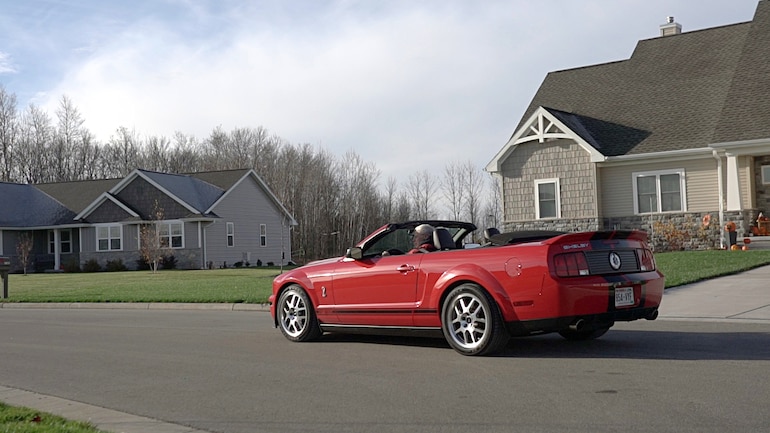 John Denver famously sang “Take Me Home Country Roads” back in the 1970s, and now 40-ish years later, when those country roads are calling, Ron Guion answers them with his 2008 Mustang Shelby GT500. “It’s a real kick to drive,” Guion said as he took us for a spin.

Guion has owned 12 Mustangs throughout his life, saying, “I’ve been a Mustang driver all my life but this 2008 is special since it is a Shelby.”

Guion proudly shows off his supercharged 5.4 L engine. The vehicle has had both intake and exhaust work done. This 2008 Shelby also comes with the KR Suspension package on it for better handling of all that power. You might surprised to know that it was Guion’s wife who encouraged him to go ahead with the purchase of this vehicle.

Full feature on a rare Ford S197 Shelby Terlingua Mustang. This story begins long before there were Mustangs or anything else called a muscle car.