No Drift – Just Stick – with a Steeda Performance Suspension Upgrade 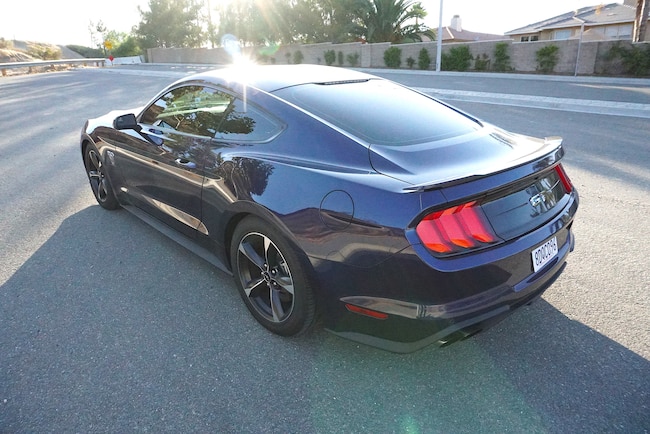 You’re traveling at great rates of speed, Things are humming a long great and then a dreaded hairpin corner comes into view. Do you panic? Nope. You just swing out slightly, double apex the corner with amazing smoothness and then get back hard on the throttle relegating the competition to a mere dot in the rear view mirror. The newest Mustangs are awesome in many ways, but there are a number of things you can do to make them handle even better, and best of all, you don’t have to give up ride comfort.

Getting big power to the ground regardless of the curviness of the road can be truly frustrating especially when drivetrain upgrades are added to the mix. For the purposes of this article, we will focus on the front suspension upgrades and follow up with a secondary article on the rear suspension in the very near future.

Steeda Suspension offers packages for the 2015-2019 Mustang GT and EcoBoost vehicles. These kits come in two flavors: one for those vehicles with the original OE Performance Pack option and for those without. Once installed, both Steeda equipped kits ultimately deliver a similar level of handling performance.

Our subject vehicle was this 2018 Mustang GT that was previous upgraded with a brand new Vortech supercharger system. With all that added power it was time to make sure the power reached the road in a way that was efficient yet comfortable for this daily driver.

It’s in the Spring!

Much of the improved handling centers around Steeda’s use of progressive rate springs. What that means is that for regular driving, the spring rate is fairly soft but when compressed through the application of increased cornering G’s, it engages the higher rate portions of the spring for increased “push back” to control roll and squat. That means that while you’ll have the potential for high rates of spring pressure when carving a high-speed corner, you won’t have to worry about the comfort of your passengers when taking long trips.

As our 2018 Mustang did not include the factory Power Pack option, we ordered up the appropriate Steeda S550 Mustang GT handling kit that included the front and rear progressive springs (the front springs range in rate from 220 lb/in but to 350 lb/in and the rears from 800 lb/in to 1,200 lb/in), non-adjustable front struts and rear shocks, adjustable rear toe links, front camber plates along with the front and rear sway bars.

For some Mustang owners, this level maybe more than enough to achieve a heightened performance suspension experience. For others, they will need a bit more. It should be noted that this kit lowers the front end 1.125-inches over stock height and 1-inch in the rear, to the benefit of front-end aerodynamics and lower roll center/center of gravity.

Because we were looking to do some serious autocross along with limited “big track” driving, we opted for the next steps in Steeda suspension upgrades, which meant the addition of the subframe alignment and support kit, the ultimate “stop the hop” kit, the strut tower brace, Ultralite 2-Point G-Trac brace and rear camber adjustment kit. Each of these parts worked in tandem to improve the handling and acceleration-from-stop performance. Again, for this article we are only dealing with the front suspension upgrades, but as you can see, there are some big plans for the rear as well.

To unleash the full potential these parts can deliver, a full alignment, both to the front and rear suspension is of critical importance once all of the parts are in place. In terms of alignment specs, Steeda recommends -1.2 degrees front suspension camber and – 1.5-degrees camber in the rear. Caster settings should be 7.21-degrees per side and overall toe in should be 0.20 degrees. For performance driving on race tracks, increasing the negative camber will help “stand the tire up” in hard cornering for better grip.

The concept, that for each action there is an equal and opposite reaction, is also true of suspension adjustments. When you lower vehicle, you change the angle of the tie rods. This become most clear when you encounter a dip in the road as the altered tie rod angle will cause the tires to toe in or toe out before returning to the original spec. Toe out settings will make the vehicle very hard to control, the tires heading off in basically two different directions rather than in tandem. With Toe in, the tires scrub off speed and waste time when driving around a course. For that reason, Steeda created their bump steer kit that allows you to adjust the tie rod by moving the tie rod end up or down accordingly. This simple correction makes a remarkable difference in vehicle Bump Steer issues.

As we mentioned earlier, we broke the story into two different sections; the front half and the rear half. Taking time to shoot photos of the installation and working on a lift for ease of install and reporting on each step required about four hours per vehicle “end.” We used an assortment of impact and electric drives along with hand tools including a recently calibrated torque wrench. It is easy to be overly zealous with power tools so make sure that you check the specs and follow the detailed instructions in the Steeda manual.

Get Loud With Roush’s Active Exhaust!

Roush has a customizable after-cat exhaust system that lets you turn your mild-mannered Mustang into a fire-breathing track or show terror.

GForce Performance Engineering Driveshaft and Axle Upgrade for our 2018 Mustang.