Newsletter
Sign Up today for our FREE Newsletter and get the latest articles and news delivered right to your inbox.
Home
Mustang Monthly
How To
Tech Qa

How To Tech Qa 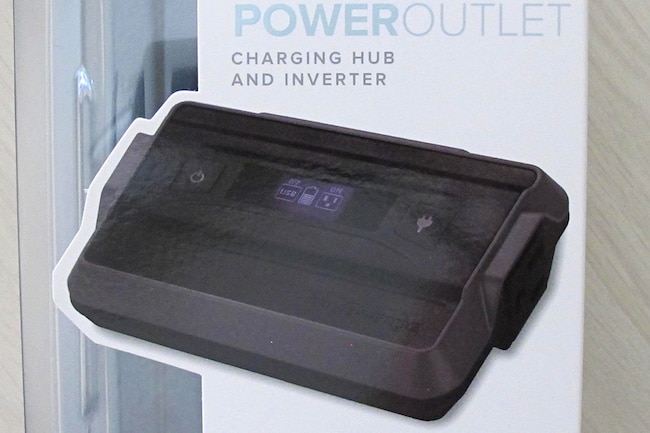 We've played around with a lot of these portable power banks over the last few years. They've become quite popular as our electronic devices devour battery life and often don't last a full day anymore. Be it camping, vacation, a day at the beach, or just in a spot where there's no access to fixed power, they've become indispensable for day-to-day life.

We've tested everything for models that are large enough to jump start your car to ones that will slip into your pocket and recharge your smart phone while handle other tasks. But the AdventureUltra from myCharge [mycharge.com/products/adventureultra] is one of the first portable power banks we've laid our hands on that actually features a 110-volt outlet to power small electronics! Sure, we've used power inverters in the past, but they require a 12-volt battery connection and if you're not careful you'll kill your car's battery while you power your goodies at your campsite. Now you can carry the power of an inverter without strapping that 50 pound 12-volt battery on your back!

The AdventureUltra could be called a "portable power outlet" versus the more traditional portable power bank, but in reality it is both. Fitted with two USB Type-A ports (your standard USB port found on a PC) and a USB Type-C port you can easily charge all manner of devices that are typically charged by a USB port. Charge your smart phone, tablet, E-reader, and more! But the big news is really the 110-volt outlet found on the side of the device.

According to myCharge's literature the AdventureUltra can run a 32-inch television for up to three hours and will power small laptops, 2-in-1 tablet/laptops, fans, and more. The unit weighs 1.05 pounds and measures just 1.2x5.8x4.1 inches and has a maximum power output of 45 watts (either when the device to charged is powered off and solely charging or when powered on and charging simultaneously). Don't worry if you aren't sure what your device's maximum power requirement is, because if it exceeds 45 watts the AdventureUltra will display a "Max Power Exceeded" message on the LCD display screen. Thanks to its 13,400 mAh capacity you'll see up to eight charges on your USB rechargeable devices.

Besides charging your typical "portable" devices we see this unit as being indispensable when out in the field working on a car. Plug in a fan to keep you cool at the pick-n-pull salvage yard, or if you're at the job site with no fixed power and need to recharge your power tool battery now you can easily. Just toss the AdventureUltra in your tool bag and you'll be ready for anything! See the details in the photos below as we tested it with several common electronics found around the house/shop.

Out of the box the AdventureUltra is decidedly compact and comes with a power adapter for charging. There's no onboard storage for the charger, so you might want to pick up a simple nylon case/bag to store everything in.
The USB ports, two Type-A and one Type-C, are on the rear of the device. They include push-in covers, but they are more for dirt/dust migration and are not considered waterproof.
On the end, opposite the charging port and cooling vents, is the 110-volt outlet. It also features the same style of protective cover as the USB ports.
Out of the box the AdventureUltra showed one bar on the charge indicator. We plugged it in and let it charge completely, which took between five and six hours.
Our first test was with a 2-in-1 tablet/laptop we use for travel. It's not the fastest thing in the world, but perfect using Microsoft Office and watching movies on an airplane with great battery life. We hadn't used it in a while, so it was stone dead. We plugged it into the AdventureUltra's outlet and let it charge for about five minutes and then powered it up. It turned on immediately and continued to charge (some more powerful laptops will only charge but not allow the laptop to run due to power demands).
Our second product test was this small fan we had lying around. We figured it was the right size to easily take out to a remote work area or when at the salvage yard parts picking. The fan turned on without issue, however it did take a few seconds to build up speed and the overall rpm was a little lower than if plugged into a true wall outlet. We only let it run for about ten minutes, but we had no issues with exceeding the units maximum power output.
Our final test was for your typical battery powered tool charger. We plugged in the charger, turned on the AdventureUltra, and then seated a nearly dead battery into the charger. The charger clicked on and immediately began charging our battery (green LED on the charger). This is a great option if you're working with battery power tools in a remote location and need to charge up a battery or two.
Of course as long as you don't exceed the maximum power output of the AdventureUltra you can certainly charge/power more than one device at a time. Here we're continuing to charge our power tool battery while we top off our smart phone without the AdventureUltra breaking a sweat.