Externally, it doesn’t look that different than yesterday, but we got a lot accomplished today on the Golden Star presents Mustang360 Week To Wicked 1967 Mustang fastback. 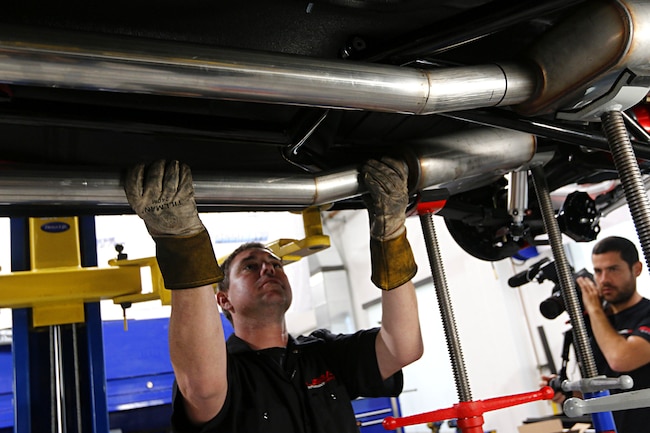 We are now at the point in the buildup of our Week To Wicked ’67 Mustang that it’s hard to tell how much progress we’re making from just looking at the car. Most external clues were done the previous three days (such as suspension, engine, etc.), so today’s tasks were more under and inside the car.

We finished up the engine wiring and the JBA Exhaust guys fabricated the exhaust system using JBA’s universal kit, attaching it to the Doug’s headers with truly cool band clamps that had us gearheads slobbering. Once that and the battery cables were finished and the car was back down close to the ground, the Old Air Products air conditioning system was installed under the dash and the vents mounted. While that was happening, the ASAP Tire truck pulled up outside our shop and mounted the Falken Tire RT615K rubber to our Legendary Wheel LW90s right on site. That’s something none of us have seen before outside of a race track, and it’s making a few of us second guess our career choices!

The final thing we got done was to install the ididit steering column, complete with firewall mount and U-joints to connect it to the Total Control Products rack & pinion steering. It was pretty tight around the headers and presented some challenges, but with enough time and patience we got ‘er done.

What’s left tomorrow? The interior is first on the list, as we install Mustangs To Fear headliner, center console, dash, and more, the gauges (which were installed into the Scott Drake dash insert yesterday), ProCarByScat.com seats, Pioneer stereo system, and all those little but crucial knobs, handles, and trim pieces that are part and parcel in any car build. Oh yeah, and we can finally bolt up the wheels and tires and set the car on the ground. That’s going to be fun—almost as fun as the first engine firing and burnout. Will we get the car done to that point by tomorrow afternoon/evening? Check back in to find out! 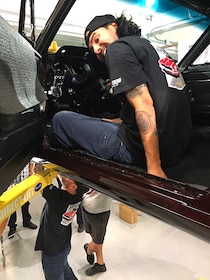 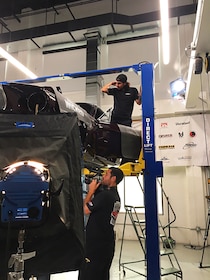 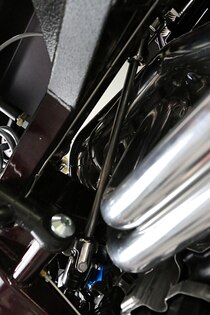 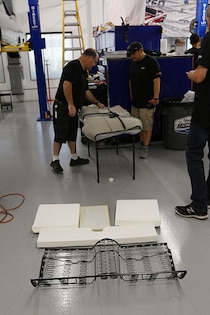 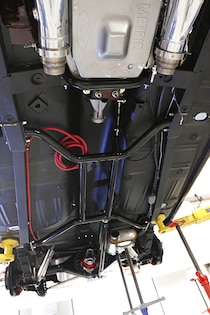 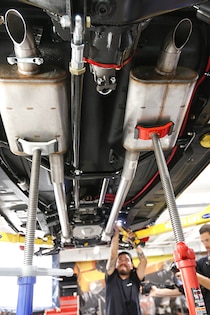 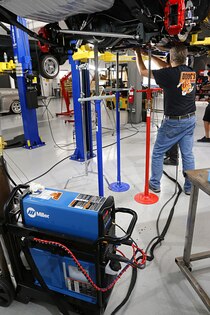 Taylor Morris’s 1967 and 2014 Mustangs keep her from driving a Chevy in this weeks Mustang Girl Monday.

Angela Ray Kinson is not your everyday Mustang girl. She wheels a 5-second, 240 mph Mustang ProMod car. Check her 1967 out on todays Mustang Girl Monday.